Gibraltar is a Member of the Schengen Zone

ETIAS Center
Gibraltar is now part of the EU's borderless Schengen zone. Following Brexit, the United Kingdom and Spain negotiated a temporary agreement, which the European Union will develop into a treaty in the following months.
Get notified 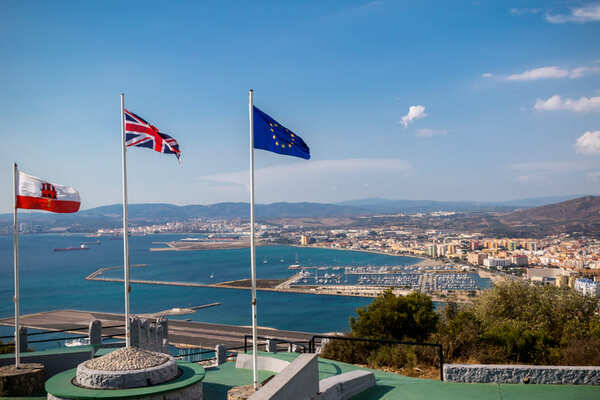 The United Kingdom officially left the European Union on January 31, 2020. It began an 11-month transition period in which it would negotiate the terms of a deal with the EU. However, an arrangement verifying freedom of travel between Spain and Gibraltar would not be reached until the end of the process.

After Brexit, it has now been announced that the area would be included in the Schengen accord for passport-free travel between members, allowing around 14,000 workers and employees to continue to access and depart the semi-exclave every day without a passport.

This article examines how changes to Gibraltar, as the newest addition to the Schengen Area, may affect visitors to “the Rock” and how the agreement will work.

How Gibraltar Joined the Schengen Zone

On December 31, 2020, only hours before the UK was set to leave the EU, Gibraltar also completed the Brexit deal. The UK and Spain decided to maintain temporary free travel between Spain and Gibraltar while maintaining Gibraltar’s status as a British Overseas Territory.

The deal permits Gibraltar to be included in the Schengen Zone treaty for passport-free travel, though it will not be wholly integrated into the European Commission’s Schengen information databases.

According to the ministry of foreign affairs in Spain, Gibraltar will still be required to follow the same standards of fair competition inside the EU as other Schengen nations under the new agreement.

Gibraltar Border Control is still up for Debate

For a limited term of up to four years, the EU will deploy the Frontex border patrol to allow freedom of movement across Spain and Gibraltar.

The agreement means Gibraltar’s airport and seaport are now within the Schengen Area’s external borders. However, it’s unclear whether Spanish border officials will be stationed there.

They believe that Spanish presence is required to fulfill the essential tasks of Schengen control since Schengen is a set of regulations, processes, and resources, including its data, to which only Spain has access.” The United Kingdom and Gibraltar do not.”

However, Fabian Picardo, the minister of Gibraltar, has contested that Spain will have absolute control over who travels to the Schengen Zone in the territory, claiming that only Gibraltar will be under the New Year’s Eve Agreement to determine who enters Gibraltar.

Nonetheless, González Laya stated that the government would try its best to maintain “as fluid” mobility at the common land border until the arrangement is negotiated into a convention between the UK and EU, which she predicted would take up to 6 months.

For Travelers from Spain to Gibraltar

The British and Spanish governments have had a treaty in place for a long time that allows Spanish nationals and British citizens of Gibraltar to move through the territory quickly. Previously, travelers with EU or British passports or EU ID cards had to produce their identification for scrutiny at the border crossing.

The new deal will keep Spanish citizens and Schengen nationalities from needing a passport to visit Gibraltar and allow Gibraltar residents to travel freely to the Schengen Zone only by providing their ID card.

Fabian Picardo expressed delight at the news, calling the agreement a “success” that will enable the territory to develop deeper ties with Spain and other countries of the European Union.

Almost 96 percent of Gibraltar’s inhabitants chose to remain in the EU in the Brexit referendum. Even though Gibraltarians are British nationals, they vote for their independent representatives in the territory’s House of Assembly.

Visiting Gibraltar from the United Kingdom after Brexit

Since Gibraltar has entered Schengen, UK citizens may require an ETIAS visa waiver in the future to visit “the Rock.”

This new ETIAS Visa Waiver Program is expected to go live in 2023. It will require all visitors from visa-free countries visiting the Schengen Zone to apply online and receive travel authorization before entering any Schengen countries, including Gibraltar.

On January 31, 2020, the United Kingdom left the European Union. Before the end of 2020, an 11-month transition period occurred when Brexit took place. The UK and the European Union began a new relationship on January 1, 2021. This article will describe the EU-UK Economic and Cooperation Agreement's essential sections and what they represent for UK people traveling to Europe. On December 24, 2020, the EU-UK Trade Agreement was signed, and it went into force on May 1, 2021. This agreement lays out the terms of the UK-EU partnership after Brexit, including ETIAS short-term travel. The liberties of British nationals working and living in EU nations are also discussed. In addition, the UK has established financial deals with several non-European countries and a trade treaty with the EU.

Citizens of countries that currently enjoy visa-free travel to Europe will be required to apply for and acquire ETIAS permission before starting any European travel in 2023. The European Union maintains a list of approximately sixty countries outside the European Union and Schengen Area currently visa-free in Europe. These nations are now considered "third countries," and people from these countries will need an ETIAS to travel to Europe for any reason or length of time starting in 2023.

After Brexit, the UK's Conservative government has suggested a US-style visa waiver scheme for EU citizens. EU travelers would be required to register for a digital visa waiver before entering the UK under the updated Electronic Travel Authorization (ETA) system unveiled by UK Home Secretary Priti Patel on December 2nd, 2019.

© 2022 etiasvisaeurope.co.uk. All rights reserved.
We use cookies on our website to give you the most relevant experience by remembering your preferences and repeat visits. By clicking “Accept All”, you consent to the use of ALL the cookies. However, you may visit "Cookie Settings" to provide a controlled consent.
More InfoAccept All

We strongly encourage users to review this policy on a regular basis since it may be amended to address the changing standards or business needs.

What are cookies specifically, and why are they used?

“Cookies” are a file type useful for a number of business purposes, including adapting the format of our Website to your device, gathering session statistics, and improving your end user experience.

By visiting, browsing, and purchasing the services provided on this Website, you are agreeing to the installation of cookies on your device.

Among these may be session cookies (which are instantly erased when you close your internet browser), persistent cookies (which stay on your device for an extended length of time), owned cookies (which our Website sends to your device in order to collect data for our own use), and third-party cookies (service providers we have contracted, e.g., links to social media to post our content).

Please be aware that if you change your browser’s preferences to enable all cookies, we will assume you have given us permission.

Furthermore, your consent will not be required when the installation of cookies is essential for providing the service on our Website that you have specifically requested.

Third-party cookies are governed by the third-privacy party’s and cookie policies. We are not responsible for the content, trustworthiness, or validity of the third-party policies mentioned above.

We may set up the following kinds of cookies in your device:

What options do you have as the user to keep cookies from being installed on your computer?

If you wish to revoke your permission to be targeted by this Website’s cookies, you may do so by changing the settings on your browser.

Here are useful links for accepting or refusing cookies with the world’s main web browsers:

Be aware that deactivating cookies will prevent you from accessing some parts of the Website that depend on them. If you wish, you can also configure your browser to accept or reject all cookies automatically. You can also set your browser to inform you whenever a cookie is received. This gives you the option of accepting or refusing the installation.

Alternatives are private browsing and non-tracking. Private browsing stops your browser from keeping browsing data, website logins, cookies, and other info about the web page you visit. Simultaneously, non-tracking surfing demands that the online pages you visit not track your sessions and user behavior. Both of these options can be configured by the user through their device software.